You Heard my Desperate Pleas, They’re Making a New Okami

If I’ve ever talked video games with you then you know I love Kingdom Hearts, go crazy for Zelda, and have tried to force you to buy Okami. Just like The Spectacular Spider-Man series, Okami was on the verge of disappearing as a franchise because of its poor sales despite all the game’s glowing reviews (shame on you, unless you own a copy). Luckily, Capcom bought the rights to Okami and decided that the sales of the game were sufficient enough for a sequel called Okamiden: Chiisaki Taiyo. 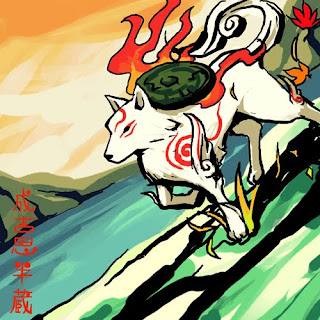 Okamiden: Chiisaki Taiyo, just like it's predecessor, will borrow heavily from Japanese mythology and mix it with a bit of that weird Japanese humor and the game’s graphics will continue to use the unique cell shaded art style that resembles a Japanese water painting. In the first Okami you assumed the role of Amaterasu, a debunked sun goddess in the form of a wolf, and it was up to you save world from evil demons with a paint brush. If you’ve never played the game it sounds kind of stupid, but trust me it worked amazingly well. This time around, months after the events of Okami, demons have mysteriously returned to plague the world and Amaterasu is once again summoned to save the day. Unfortunately, there was some mix up in the cosmos and instead of getting the fierce Amaterasu they got the cuddlier puppy version of the sun goddess named Chibiterasu. 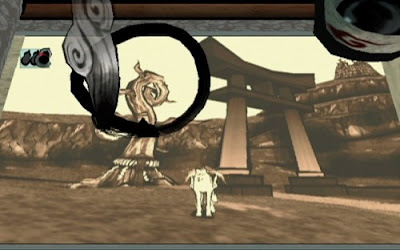 Now when I say sequel I use the term liberally. I’m pretty sure the correct term for this game is Okami 1.5 since it will most likely be a rehashing of all the same levels from the first game. Okamiden: Chiisaki Taiyo will only be released for the Nintendo DS with game play that focuses on solving puzzles and utilizing partners that Chibiterasu must work with to complete missions. The game will also take advantage of the famous paint feature where by drawing on the screen with the stylist, you can draw bridges, fire, wind, and various other items to clear obstacles out of Chibiterasu’s way. Even though this is not the Okami game that I was expecting, I’m just thankful that Capcom wants to do more with this franchise. Expect this game to come out next year in Japan and for those of us in the States I would have to guess some time in 2011.

Posted by Shookster at 8:40 AM