Review: Batman The Court of Owls 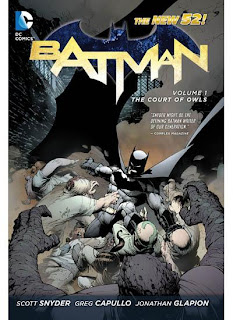 I’m not a fan of Batman. I can’t stand the brooding and all the drama that comes with Old Batsy trying to do everything by himself. Why build a team of children if you’re not going to use them? The only time Batman is palatable to me is when he is paired up with Superman. The dynamic between DC’s two power houses is great and often funny because of the clash between their radically different personalities. The Superman/Batman series is a perfect example of these two heroes working together...for the most part. So when a friend told me to check out the Batman Night of the Owls crossover extravaganza, I basically brushed it off. Eventually I caved (mainly out of boredom) and gave Batman: The Court of Owls Volume 1 a chance to dazzle me and boy did it dazzle. 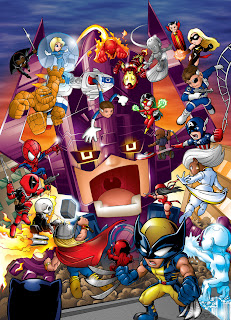 Marvel Ultimate Alliance SD-c by DRa90NBoi. Check out more work by DRa90NBoi on his DeviantART page by clicking here. Awwww isn't the Marvel universe adorable when it's tiny.
Posted by Shookster at 4:59 PM 0 comments