The Spectacular Spider-Man: Trials and Tribulations

The complete first season of The Spectacular Spider-Man is out on DVD (woot woot!!!) and I am definitely going to pick this one up. Unfortunately, I’m not just here to give a shining review of one of the greatest Spider-Man series so far, I’m also here to pay my respects to a show on its death bed. 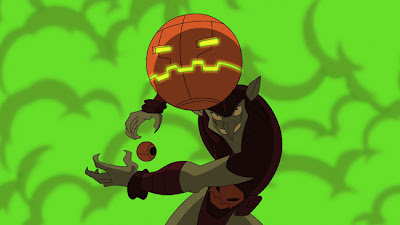 Like a distraught mourner, I want to scream in a fit of rage and trears that it was your fault (the reader) for not watching this incredible series, but it wasn’t your fault, it’s no ones fault. A lot of people watched The Spectacular Spider-Man and critics gave it raving reviews. IGN even gave it an award for best animated series for 2008 and also gave the show’s Peter Park the award for best TV hero of 2008. So you ask, “What lead to the shows demise?” The answer would be bad circumstances. The show fist got picked up by what was left of the Kids WB and when the WB finished phasing into the New CW all contracts owned by the WB were void and it was up to the CW’s discretion whether or not to pick up any of the old WB shows. They opted for not and that is how Spider-Man was sent to TV limbo.

Let me pause for a second and tell you why you should actually care about this show.

Alright, now that you have a better grasp of the show lets continue. Disney was the one to rescue The Spectacular Spider-Man from limbo by picking up the rights to the already completed second season and placed the show on its new channel Disney XD. This seemed like a great place for show to land, but that’s not the case. Disney XD clearly doesn't care about the show which is evident by the show’s sporadic air times and the lack of commercials promoting it (I bet Disney would care more if it had a Disney star like Hanna Montana on it).

This wouldn’t be a big deal if season 3 didn't hinge on the success of season 2. You might be thinking, "At least there’s hope." Well sort of, the problem with season 3 (if it does manage to get picked up) is that all of the writers and animators who made the show have moved on with their lives and are doing other projects. That means the Spider-Man will have a whole new crew with a new look and feel. It still might end up being an amazing season, but I’m a HUGE fan of how it is right now. 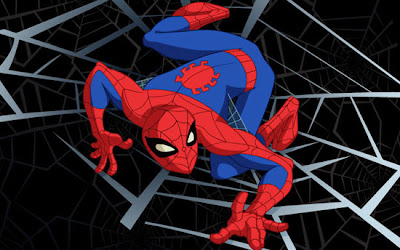 What can you do to help save Spider-Man? Well I can only imagine that the DVD sales of season 1 and eventually season 2 are what will really keep this series going and even if it's not the same show anymore I really want a season 3. So I urge you, please buy season 1 of The Spectacular Spider-Man and do your part in saving a good show. If you’re still not convinced that this show is worth rescuing, then watch some of the episodes on youtube [click here] and find out how good this show is for yourself. If you don’t feel any attachment toward the show thats fine (heartless!!!), but if you do end up enjoying this series then hopefully you will buy season 1 as well.

Posted by Shookster at 8:03 AM