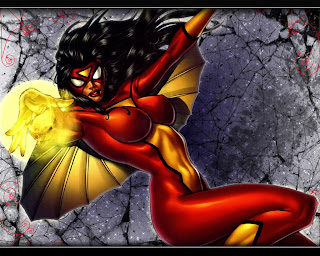 Yesterday while I was reading my friend’s Game Informer I noticed a small blurb about Marvel’s new Motion Comic series featuring Spider-Woman. According to them, the Motion Comic might be the new way of story telling that could take the comic book to a whole new level. I tried to get more information on this “innovative” new series, but no one had too much to say about it other than buy it on iTunes. So like any prepubescent teen, I caved to peer pressure and I did (my mom would be so ashamed of me right now). It was a whole $.99, I know big spender right, but our friends at marvel know how the seedy underworld of comic books work. The first score is free (or in this case cheap) and then when you’re hooked raise the price. If you liked the first episode its going cost you $1.99 to score another hit of the sweet sweet Spider-Woman that you love. 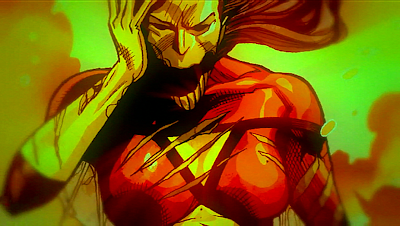 Now let me just say I know absolutely nothing about Spider-Woman other than she shoots electricity that’s not really electricity. I tell you this to say that I will be relinquishing my nerd card for this review and take the position of the average joe. Before the nerd card goes away I have to mention that this story takes place right after the events of the Secret Invasion and Jessica Drew finds herself trying to figure out what to do with her life. Should she rejoin the avengers or perhaps join a new organization named S.W.O.R.D. who basically tell her, “We want you to beat the crap out of the aliens that hurt you and we want to pay you to do it” (judging from the title, I wonder which team she will pick). One last thing, Spider-Woman Agent of S.W.O.R.D. is written by Brian Michael Bendis author of the Ultimate Spider-man series and what I’ve discovered is that people either love him or hate him which means if you don’t like any of his previous works odds are you’re not going to like this one.

It’s basically a still frame shot that movies occasionally, whether it’s moving cars in the background or Drew raising her cell phone closer to her face. The whole thing really presents itself as a giant monologue except when Drew talks to another person (then it becomes a dialogue). Also, our friend Jessica Drew got some complaints for having a british accent, but since I have no previous attachment to her all I can say is that her voice over was good. In fact, everyone’s voice over was good.

Alex Maleev did an excellent job of drawing beautiful characters and detailed backgrounds. This episode of Spider-woman has Drew battling feelings of hatred and despair and the dark backdrop perfectly captures those feelings. Another aspect of Maleev’s art style that I enjoyed was that his drawings were very sharp with heavy distinct lines and good shading. 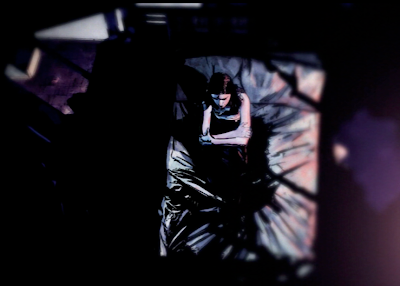 Nonexistent!!! I would have really liked to have heard some ominous music to compliment the the somber tone of the comic, but I guess I’ll have to settle for the appropriate noises in the background like cars whizzing by an open window.

Its good, but I like Brendis so take that with a grain of salt. I will say that a couple of times when I was fully immersed in Drew’s monologue about her tragic life she would say a word like do-hickey and I would instantly snap out of the world Brendis so carefully tried to create.

The word on the net is that the Motion Comic is going to bring something new and creative to the table and while it may be true that it’s new for marvel, it is in fact old, very very old. The animation and art style reminds me of one of my favorite TV shows, The Maxx, that aired on MTV in 1995. It had a similar look and feel as Spider-Woman Agent of S.W.O.R.D. and frankly I think The Maxx did everything a little bit better. That’s not to say Agent of S.W.O.R.D. isn't good, I’m just saying there is room for improvement. Spider-Woman's motion comic is about 10 min long and though I would like to see how this story plays out I’m way to much of a cheapo to pay $1.99 for each episode. Maybe when Marvel comes out with the first Motion Comic omnibus for a reasonable price I’ll buy it. Until then, I can only imagine what kind of misadventures Spider-Woman will be having. 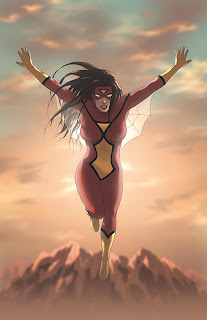 I’m giving Spider-Woman Agent of S.W.O.R.D. 4 bioelectric blasts out of 5

Posted by Shookster at 9:08 AM