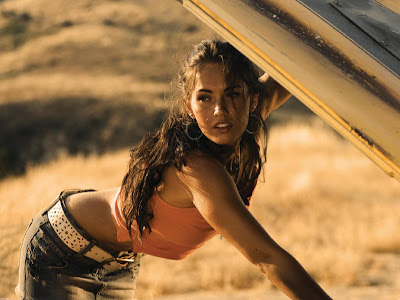 It was rumored that Megan Fox from Transformers was to play the sultry Catwoman in Christopher Nolan's third installment of his Batman series. This news gave a lot of boys naughty thoughts of Fox in leather, but Warner Bros. quickly shut down the rumor in a press release saying, "It's rumor. It's not true." Can’t you hear the collective groans of disappointment from boys all around the world? To read what my friend had to say about Megan Fox and her pick for the Catwoman role visit her blog Pop Candy Arcade.

Posted by Shookster at 5:58 AM