A Potential New TV Show Based of a Comic 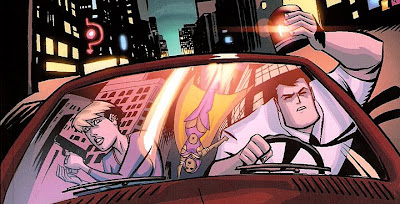 One of the comics series that I read over the summer, Powers, might be given a TV makeover. Powers is a comic that depicts a world where people with super powers are very common and it’s the duty of detective Christian Walker (a de-powered hero) and his partner Deena Pilgrim to solve homicides involving citizens with special abilities. Basically, the comic boils down to Marvel’s version of CSI. Brian Michael Bendis the creator of the series said, "All kinds of good things are going on behind the scenes right now. They’ve (Sony) just asked for more material and we’re putting together budgets as well as some other stuff.” I hope this happens because I think this comic might actually work out to be a good TV show.

Posted by Shookster at 5:56 AM