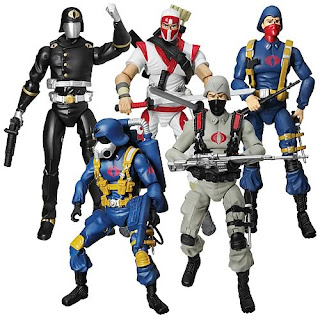 Oh G.I. Joe, how do I feel about your movie? I think the word that sums this summer blockbuster up is meh. I can understand why all those big movie reviewers (who get paid to do this stuff) gave this movie such a low score. The acting is bearable, the music wasn’t noticeable, and the visuals were just something else and based on those criteria it deserves the D rating that it got from so many of my peers. But I actually like bad movies...I’m talking to you Dead or Alive and Doom, so what’s my take on G.I. Joe you ask?

Like any good (or bad as it may be) B movie the acting must be terrible or the dialogue must make you cringe because you know that no one in real life would actually say that. In G.I. Joe’s case the acting wasn’t good enough to merit praise, but it wasn’t bad enough to warrant laughs. Clearly it’s not the actors fault for having terrible lines, but I’ve seen clichéd lines pulled off very well...in cartoon; so I don’t see why movie stars who make a living of this sort of thing can’t do it too. In regards to the writers, they obviously wrote this movie more for the general public and less for the G.I. Joe fans, probably because they thought they had a chance of actually making a hit (laughter in the distance). I think if they had stuck more to the G.I. Joe mythology the movie would have popped a little bit more and maybe would have gotten a big cult following by the fan boys; instead, the movie was a wash because of its blasé attempt to appeal to everyone. 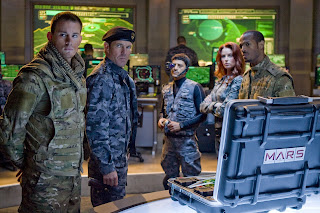 Ok I’ll admit that the special effects are what saved this movie for me. I get very bored very quickly and the fact that I only checked my watch twice during the movie is a testament to how visually crazy and appealing the movie was to my senses. I will say that in two years when the graphic technology advances, this movie will look like a flashy steaming pile of poo. I would say that 87% of the scenes in this movie seemed to have computer generated backdrops and 100% of the scenes had some kind of glowing very not real looking gizmo in it.

If you’re a fan of G.I. Joe you have to see this movie, but I have to recommend you wait till it makes its way to the cheap theater where people shout at the screen and have loud conversations on their cell phone, but its a $1.75 so why complain. You can also wait till it comes out on DVD and rent if for a dollar at a redbox and if you’re really not that into G.I. Joe wait for it to play on TBS. Now you know and knowing is half the battle.

Oh wait, did I forget to mention the ninjas? Well they weren’t that special, but if you combine them with the warm fuzzy childhood memories of me playing with my cousins G.I. Joe action figures I’m going to have to bump this movie up a notch.

3 stealthy ninja throwing stars out of 5 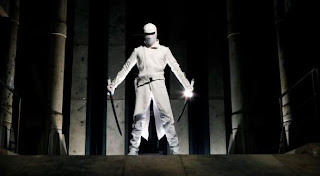 Posted by Shookster at 9:38 AM