A Look at Fusion Fall 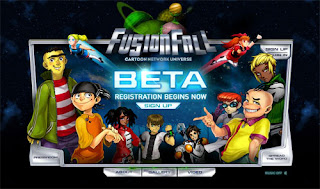 I tried the beta version of Fusion Fall, Cartoon Networks first MMORPG. The premise of the game is that an evil planet called Fusion Planet has come to the Cartoon Network Universe to destroy it (more specifically, fuse with it and then destroy it) and only you (and a million others) can save the world. Dexter from Dexter’s Lab (how cool is that!) transports you into the future to fight the evil invaders.

Customization of your online avatar is decent. You can change the height and the weight of the character, but there is virtually no difference from default setting. (Cartoon Network is going to give kids body image issues since the default looks like a 5’8” 125 lbs teenager). There is a wide range of haircuts and clothes to wear, but customization is not as robust as other MMORPGs. There wasn’t even a class system. 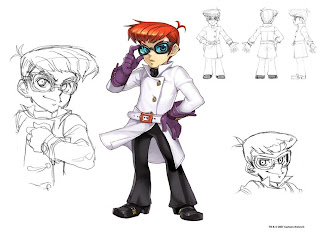 Honestly, I’ve never played an MMORPG I’ve only seen people play them. I can only guess that the game play is standard to any online game. You go around killing angry green blobs to level up and gain money (or money equivalent). Eventually you will run into a Fusion which is a green ugly version of a famous Cartoon Network star. When you defeat a Fusion they turn into a cute plush version of themselves called Nanos that float above your avatar’s head. These adorable Nanos have special abilities that help you in battle. The first one I got was Buttercup whose special ability was to stun enemies.Your default weapon is a gun, but I changed it to a melee weapon the first chance I got. I didn’t get far enough to see if there were spells, but I did get the impression that if I leveled up enough I would be able to cast magic (or something like it).

The game was a little glitchy because it was the beta version, but I was OK with it since I got to play it for free. The game allows you the option to meet people online and create parties so you can collectively fight bigger baddies, but I didn’t try this feature. My reasoning for not talking to anyone online is that 80% of the people playing the game are probably 10-18 years old and I didn’t want a show like How to Catch a Predator confusing my good intentions of fighting a boss with seducing a child (blegh!) 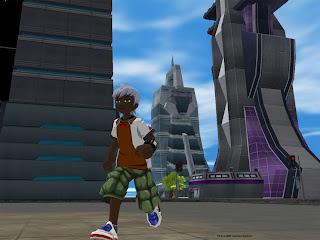 I think it’s fun and will probably be popular. It won’t be a life stealing MMORPG giant (ehem WoW), but kids who like the shows on Cartoon Network will be all over this game. I would also recommend the game for anyone who was a fan of the old school Cartoon Cartoons because you will instantly be hit by waves of nostalgia. If you want to play this game for free you better play it NOW! because the free offer ends Sunday the 14th.
Posted by Shookster at 3:05 PM