Uncharted 2: Among Thieves is getting raving reviews from everyone and it’s already been predicted to be the best game of 2009...not bad for game that hasn't been released yet. Even G4’s Adam Sessler said that Uncharted 2 has the best single player experience of any game he has ever played and that’s saying something when it comes from the guy who controls all the gaming news for an entire cable station and its website. Apparently the game’s graphics will blow your mind and the game's attention to detail makes it standout from the heaping mass of generic shooters that clog Game Stop’s shelves. 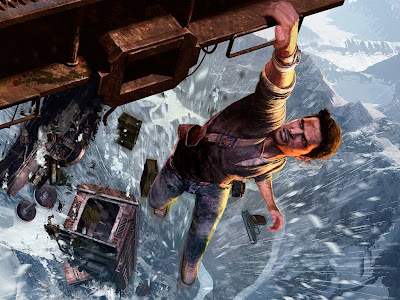 As a way to create buzz around the game, Sony has decided to let people preview the game before its release in four movie theaters across the nation. Mike Fidler, Senior VP of Sony’s digital camera division said, "This is the first time we're doing it in a theater. We think it's a start of something for us, and hope we can build this into a standard element in the movie-going experience." Uncharted 2 will be projected onto the theater’s mammoth screen using Sony’s new 4K digital projectors. Combine the state of the art projectors with the game’s stunning graphic engine and the eyes of those at the preview will most likely melt out of their sockets due to all the prettyness happening on the screen...so if you plan on going to the preview you have been warned. 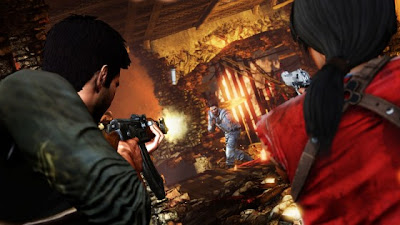 San Francisco and Thousand Oaks, California; Bellevue, Washington; and Rosemont, Illinois are the lucky winners of this video game/theater experiment (YAY Illinois). I’m not really into shooters, but I am interested in this one so come down to the MUVICO Rosemont Theater at 9701 Bryn Mawr Ave Rosemont, IL 60018 and check it out and don’t forget your seeing eye dog.