I watched Superman/Batman Public Enemies this weekend and I was surprised to find that the movie was good. I mean, I wasn’t expecting the movie to be bad, I just didn’t expect it to be as good as it was. 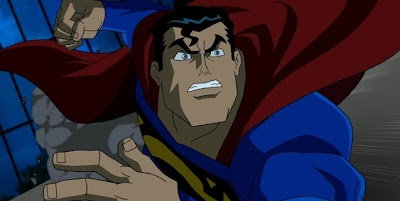 A meteor made of kryptonite is on a crash course towards earth and President Lex Luthor (ehm bad guy) with his infinite wisdom decides to use his own patented missiles to destroy the space rock of doom instead of asking for help from one of the many superheroes who could have easily punched the meteor out of the sky. Superman and Batman, who think Lex’s plan will fail, decide on their own method of saving the planet and inadvertently bruise Luthor's ego. In retaliation to the egregious offense to his pride, Lex implicates Superman of murder and slaps a $1 billion bounty on the Man of Steel. Superman must then team up with Batman, the only person in the world smart enough to know that Superman isn’t a cold blooded killer, if he wants to survive the constant onslaught of foes looking for a little extra cash and friends wanting to bring him to “justice.”

What the Movie did Right 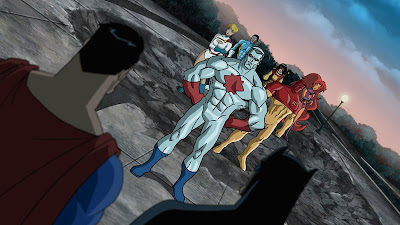 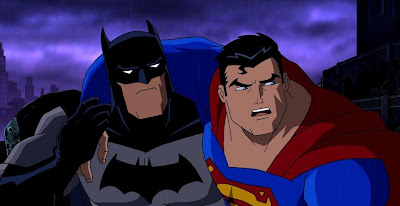 Overall the movie was a good, straight forward action packed flick that should make any DC fan happy. I’m giving Superman/Batman Public Enemies 4 batarangs to the face out of 5

Oh hey, in my preview of this movie which you can check out here, I mentioned that all the characters in the movie were ripped and that everyone must belong to a gym as some kind of world mandate. I’m here to go on the record and say that I was wrong. My new theory is that everyone had liposuction and the doctors didn’t know what to do with all the extra fat so they put it in her. 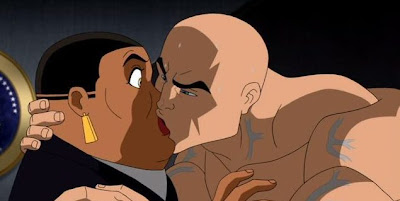 See that rather large androgynous looking woman with no neck making out with Lex Luthor...it looks like she's sucking out all the fat from lex's body. I bet you can't think of a better way to perform lipo, can you?

Posted by Shookster at 8:28 AM