Rock Band has given us the chance to rock out in our living rooms and live the dream of one of America’s most beloved icon, the Rock Star. Thanks to MTV they have taken that dream one step further with MTV 2’s recently aired Rock Band competition appropriately named Rock Band Battle and VH1’s webisodes of Rock Band 2 the Stars. Both shows are meant to promote excitement for the now released Rock Band 2. 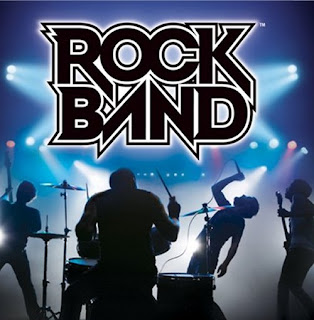 Alright let’s break it down. Rock Band Battle is just a huge battle of the bands with plastic instruments. You and your friends create a band, give it a stupid name and then rock out on stage. You are given two scores: the score you receive in Rock Band and the score the audience gives you for your performance on stage. Then they average the two scores together and determine the winner. The prize for winning this competition

Rock Band 2 the Stars is a 5 minute webisode on VH1.com where Sebastian Bach and Alice Cooper put together their own Rock Band band (wow that sounds redundant) from 15 contestants. Each week players face ridiculous challenges or battle against special guests. Whoever wins these challenges will be selected for Alice's and Sebastian's band and will epically battle it out at L.A.’s famous Viper room. Not as awesome as the Rock Band Battle prize, but hey, isn’t living the life of a rock star a prize in itself.

Hopefully Rock Band Battle and Rock Band 2 with the Stars will pop up again next year with a 3 in their titles since there is no doubt that there will be a third Rock Band. I’m already assembling an all star band for the next reality TV show based on a video game… what are you doing with your life?