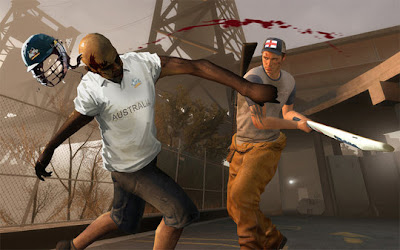 If you haven't heard, Australia (the land that I love) is a little unfriendly towards gamers. Sad I know, but here are a few reasons why you don’t want to move to Australia if you love video games. Firstly, everything reaches its breath taking shores 6 months later then it does for everyone else. Secondly, the consoles and the games are almost double the price there then they are here in the US (tragic). Thirdly, (and what’s aggravating me) the wonderful land of Oz is banning boat loads of video games like Fallout 3 and Aliens Vs Predator because they are too violent.

Before I get to my rant let me drop some knowledge for those of you who don’t know about Australia’s video game rating system. Unlike the US and other countries, Australia doesn’t have a formal rating system expressly for video games. To compensate for this Australia uses its movie rating system to rate games. No big deal right....I thought so too. A lot of the more violent video games that get rated by the ESRB as M for Mature (that’s 18 and up) end up being rated as refused classification in Australia A.K.A. “Nah uh you ain’t getting into my country!” 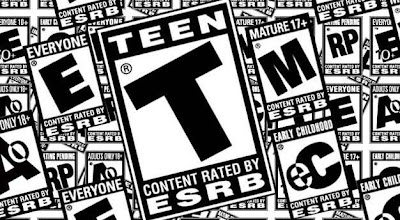 The way I see it, an M rating for a video game is about the equivalent of an R rated movie. So you’re next question should be, “Do R rated movies get played in Australia?” Yes, yes they do. They get slapped with an R18+ rating and are ready for adults to view. 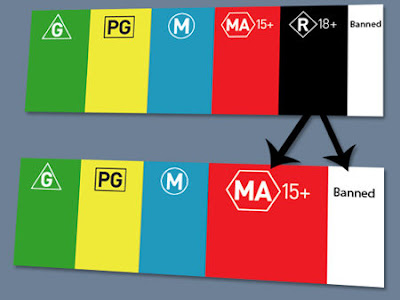 It’s odd that R rated movies can make it across the ocean, but the equivalent R rated game cannot. Australia’s Attorney General Michael Atkinson tries to explain, "You don’t need to be playing a game in which you impale, decapitate and dismember people." Atkinson is worried that the realism of video games will increase the crime in Australia. He continues to say, "98 percent, 99 percent of gamers will tell the difference between fantasy and reality, but the 1 percent to 2 percent could go on to be motivated by these games to commit horrible acts of violence."

At this point I still don’t have a major problem with the man banning M rated video games. Sure it’s annoying, but if Mr. Atkinson wants to keep the mean streets of Australia clean and wholesome who am I to try and stop him from trying to make Australia a better place. What bugs me is that he’s not banning movies, television, or other media that also depicts adult violence. Seriously, there are movies that have the audience cheering for the guy who just murdered 20 people (Boondock Saints, Crank, Reservoir Dogs, etc.) and I don’t see Atkinson getting bent out of shape over them. (On a funny side note: The Reservoir Dogs video game is banned while the movie is not.)

So Mr. Atkinson what do you say to the 1 or 2 percent of people who get lost in movies and decide to slaughter an orphanage? (Oh that’s terrible, lets hope that never happens) If you think adults can handle adult movies then why can’t adults handle adult video games? I guess what upsets me about this whole thing is the bias and hypocrisy that comes when evaluating video games. Is it really that hard for the Australian government to trust their citizens enough to make decisions for themselves? Thankfully there is some hope. Recently there have been a lot of petitions circulating around (like this one) asking for the rating system to change. If you want to help your fellow Aussie gamers then click the link. Hopefully Australia can get their act together before I smuggle myself into their beautiful country and take a life long vacation on one of their sunny beaches.