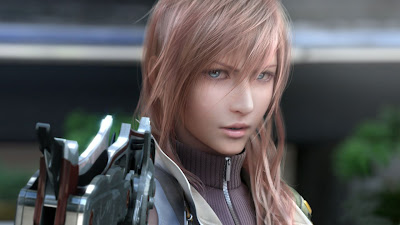 HOLY COW!!! Final Fantasy XIII sold over a million copies in Japan yesterday....that’s crazy. One million copies of FF XIII translates to about 60 million US dollars. With that kind of money I could seriously buy a small island, build the coolest castle/fort thingy on it, and maybe still have enough money to buy a robot butler to do my laundry. But wait, there’s more. Final Fantasy XIII is a PS3 exclusive in Japan, just imagine how much more money Square Enix will earn when it releases the game in the US and in Europe for both the Xbox 360 and the PS3. Even Scrooge McDuck would be jealous of the giant swimming pool of money Square Enix is poised to make. If you’re a fan of the Final Fantasy series I suggest you pre-order yourself a copy at your local GameStop right now or be prepared to face crushing disappointment when all your friends have the game and you don’t. Expect FF XIII to hit the US shelves some time in March 2010.