Villain of the Week: Ganondorf

So, for Villains Month I’ve decided to change the Hero of the Month to the Villain of the Week and while I was writing the Villains Month post, Ganondorf instantly popped into my head. Ganondorf from The Legend of Zelda is the main villain in most of the franchise’s games. Though he has changed from game to game he always has one thing on his mind, conquering Hyrule and then...the world (Bum Bum BUUUM!). While wielding the Triforce of Power Ganondorf plunged the world into darkness in the Legend of Zelda Twilight Princes and inadvertently submerged the world under the ocean in Legend of Zelda the Wind Waker. Gandorf also does a good job at capturing the fair maiden, Princess Zelda, and holding her for ransom or using her for his dubious plots. 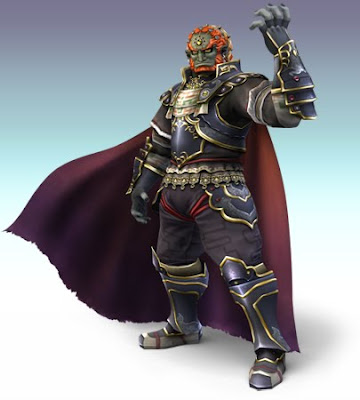 But under that gruff evil exterior is there goodness inside his heart? Maybe he’s just misunderstood and wants to change the world for the better. Maybe midway through his destruction and mayhem he realizes that he has become a monster and that’s why he allows Link, the hero, to gather the necessary supplies to defeat him. Naaaaah, even if there was an ounce of goodness in Gandorf’s heart, Dr. Horrible made a good point about people’s character in regards to gruff exteriors yet vulnerable and innocent interiors. He said, “Sometimes there's a third, even deeper level, and that one is the same as the top surface one. Like with pie.” It’s obvious to see that Ganondorf is a monster and not just figuratively. In the games where Ganondorf starts off human he usually transforms into a beast named Ganon whose grotesque appearance reflects the evil in his heart. 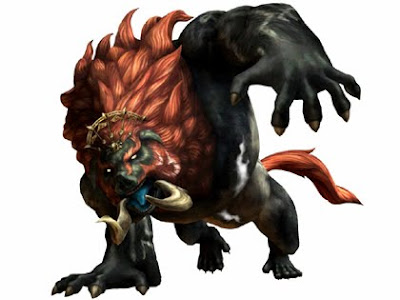 Lastly, what really makes Ganondof a good candidate for villain of the week is that he is a survivor much like Destiny Child’s aptly titled hit single, Survivor. He has been “killed” many times, but unlike his protagonist counterparts who must be reincarnated in almost every adventure, Ganondorf is usually the same person from the previous game. Even if it takes him a century to return, when Ganondorf promises, "I'll be back," he means it. If only politicians could sick to their word like Ganondorf; and yes, I did just take a potshot at politicians by saying they were worse than monsters. What’cha gunna do about it?

Posted by Shookster at 8:41 AM