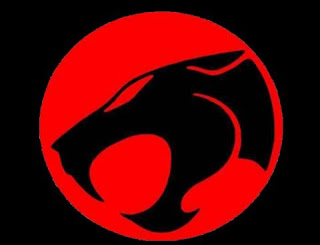 Thunder! Thunder! ThunderCats! HO!!!!!!! Yes, that’s right, one of the most beloved TV shows of the 80’s is getting a remake and it’s about time. While the remake is probably not news to most fans (I have to admit, I feel like I’ve been stuck in a hyperbolic time chamber when it come to pop culture) the reboot is still something to get excited about, especially since there is now concrete evidence that the show is real and not just some horrible prank.

After fighting through my initial excitement, I discovered that Cartoon Network will be airing the new show sometime in 2011. The new ThunderCats will use the anime art style we all know, and maybe love, since anime can be a hit or miss kind of thing. Studio 4C, who produced The Animatrix and Batman: Gotham Knight, is in charge of the show, and if their previous work is any indication of the show’s potential success, then the new series is going to be a grand slam. Other than the art style, it’s impossible to know how anime-esque the show will actually end up being. The creators are bringing a fresh take on the 80’s classic, by giving the show a darker tone and making it relevant for today's viewers. While I’m very excited for the show, I already have concerns. Why aren’t WilyKit and WilyKat in the promo picture? I realize they weren’t the main players of the show, but I really liked them. I was also concerned that Snarf wouldn't be in the show, but the Splash Page confirmed that Snarf made the cut...sorta. He's not the same mothering nursemaid he was in the 80's, this time around he's more of a pet dog who only says snarf. To some, this might be a relief, but for me, I'm a little disappointed to see Snarf's personality taken away from him. Oh well, at least he's in the show.
It’s looking like 2011 is the year of the 80’s comeback, with shows like G.I. Joe Renegades and Transformers Prime hitting television air waves by way of The Hub, a new network that appeared out of nowhere three months ago. By the way, if you haven’t seen either of these shows you should definitely check them out, especially G.I Joe Renegades. Like I said before, the new ThunderCats are coming sometime in 2011, probably around summer time. Lets cross our fingers and hope this show rocks.
Posted by Shookster at 2:38 PM