The History of Fighting

Do you hear that? Yep, those are the sounds of ribs cracking, teeth shattering, and fireballs crackling. This is the complete history of the fighting game genre. OK so I can't squeeze the entire history into 1000 words so really, it's a snapshot of the the major events. If you’re wondering about my credentials let me just say I’ve been playing fighters since I was six. Some of my earliest memories are of me sliding my allowance into arcade machines and kicking the butt of every bad guy that showed their ugly mug on the screen. It was like a dream come true where I became a superhero vigilante like Batman, but without going through those pesky years of training and brooding over dead parents. Now that you know a little about me, let me tell you about the gaming genre that round house kicked its way into my heart. It’s time to enter the ring....are you up for the challenge?
Round 1: The Origin
Right off the bat there is some debate about which game is the first fighting game. Chronologically it’s Sega’s Heavyweight Champ which hit the arcades in 1976. The player took control of two joystick like objects in the shape of boxing gloves and pummeled the computer Fight Night style. While this is technically the first appearance of a fighting game, the true soul of the fighting genre came in the form of an arcade game called Warrior. Created by Vectorbeam, Warrior depicted two wire polygon “knights” locking swords in epic battle. It was the first arcade game to incorporate a second player which brought a whole new dimension to the arcades. While Warrior wasn’t exactly a 2D side scrolling battler, it was the spark that made people think, “Hey, my friend can be such a jerk; if I can’t clobber them in real life why not give them a virtual black eye.” 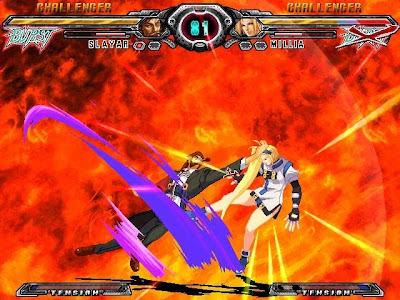 The genre gradually evolved and in 1983 Karate Champ by Data East took its turn in the ring. Karate Champ was simple, walk over to your opponent and beat the crap out of them. In 1984 a new challenger entered the ring named Yie Ar Kung Fu and brought special abilities with it. This was the first game to include button combinations that allowed players to perform special attacks. Of course, our friends at Capcom saw the success of Karate Champ and Yie Ar Kung Fu and did what any good conglomerate would do...they stole elements from both games. In 1987 the result of their thievery was finally revealed as the glorious Street Fighter franchise.
Round 2: The Boom
It wasn’t until 1992 when Street Fighter II made its way to the arcades that fighting games became a big deal. At this point I want to mention the state of arcades. Until Street Fighter II, the arcades were slowly going extinct. Mainly because home consoles like Nintendo’s Entertainment System and the Sega’s Genesis were offering a lot of the same games, but at a better price. Yes, you could play fighters on the home consoles, but the graphics weren't as good and it didn’t match the thrill of beating your buddies with a crowd of people cheering you on. It was the competition that drew hoards of people back into the arcades and made the fighting genre a heavyweight champion. 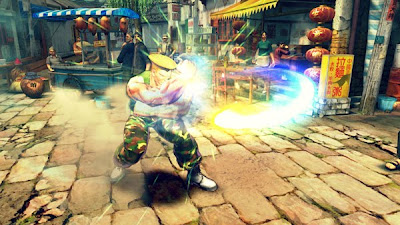 When technology advanced so did the fighters. In 1994 Sega fought back with its new game Virtua Fighter, a game that let players move on a 3D plain. Instead of just being able to move forward and backward the player could move in any direction. This brought a new kind of gameplay and style which changed the face of the fighters. The technological upgrade also let the games feature flashier attacks and eye popping visuals which was demonstrated in detail by the very controversial Mortal Kombat. Between the fierce competition and the dazzling graphics fighting games had made a real impact on gaming culture. By the mid 90’s there were more then six hundred fighters floating around in the video game ether and it looked like nothing could take the belt away from the champ.
Round 3: Knockout
So what knocked-out the fighting game? The over zealous developers. For whatever reason the developers equated challenging to “holy cow this is ridiculous.” Instead of being able to walk into an arcade and tap out a few simple combos, the player now had to memorize long complicated stings of combos. The pay off was high if you had nimble fingers, but for the casual player it was an intimidating and almost impossible feat. For the hardcore fans this was a dream come true, but for everyone else it was a lesson in anger management. I mean seriously, who here enjoys watching the computer splatter them across the screen with incredible combos while the best you can manage is punch and strong punch? When fighters began catering specifically to the niche of hardcore players the genre suffered a near fatal blow. 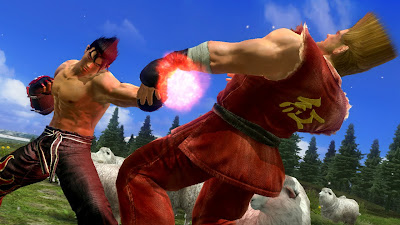 Current Day
While fighters aren’t as popular as they used to be, they still hold a special place in many people’s hearts. Companies like Nintendo have realized that people just want to pick up a game and have fun. Games with simpler controls like Super Smash Bros. have done very well in bringing new blood back to the genre. Online play has also done its part in bringing fighters back to life. With games like Street Fighter 4 hitting the online arena, causal and hardcore fans can fight opponents at their own skill level without bruising their egos too much. Players who really want bragging rights can always enter competitions like the EVO Championship Series and pocket some serious cash if they're good enough.
The Future
In the Year 3000 fighting games will consist of people fighting holograms or controlling androids Rock ’Em Sock ’Em Robot style. OK so maybe I’m not psychic or even Conan O'Brien so I can’t say for sure what the future holds. What I can say is that even if fighting games never reach the same level of popularity as they did in the 90’s that’s OK. As long as developers continue cranking out a variety of fighting games, I and a slew of other people will continue playing them.
You can find this article and more articles like it at RealTalkgaming your place for real gaming news.
Posted by Shookster at 8:09 AM