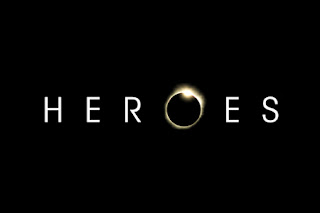 For my birthday, NBC decided to air an episode of Heroes that wasn’t terrible (aww thanks NBC how did you know that’s what I wanted?) There were many complaints from fans that the first half of the the season entitled Villains had become to much like soap opera and they were right. It was a roller coaster ride filled with dramatic “I’m not your father” and “I’ll kill you” moments. If the actors had done a better job of staring at each other with a fiery passion I would have sworn I was watching a good telenovela , but I digress. If you’re wondering if this weeks episode played out like a soap you better believe it did, but it didn’t seem as over the top as previous episodes

This time the heroes (or people with abilities since I’m not willing classifying Stacy as a good guy just yet) have been thrown together to fight the evil plots of Nathan (or as I like to call him, Hitler) as he rounds up all of the people with abilities and tries puts them into concentration camps. Clearly, the plot is going to follow an "us" verses "them" theme and we going to watch the “heroes” try to make normal lives for themselves as they attempt escape persecution.

Things we learned from this weeks episodes were

Ehhh what else am I going to do on Monday nights other than watch the Big Bang Theory?

Posted by Shookster at 6:21 PM